In a few hours NASHA’s next installment will be releasing. I blogged this a few weeks back and now its finally here on purchase.

Both tracks – Greasy Spoon and Matix – offer their own atmospheres, whilst remaining stylistically true to that Nasha sound. Greasy Spoon enters your ears, its thumping beat and moody bass forces out anyone’s best screw face. 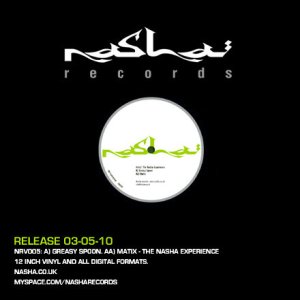 Whack up the volume, and the palpable vibrations make the air seem as if in slow motion. Be lulled by the hypnotic, persistent beat that leads to the finishing touch of eerily beautiful vocals, cementing this track as a true intoxicant.

What follows on is an obvious epic. Matix is relentless. Building up an intense pressure of instrumental chaos, the delicate vocals are set against this unremitting mountain of hard-hitting noise, making the second drop a real avalanche of sumptuous sounds.

Nasha:Experimental is a club space where DJ’s are able to Experiment with Sound, a space for the Open minded. 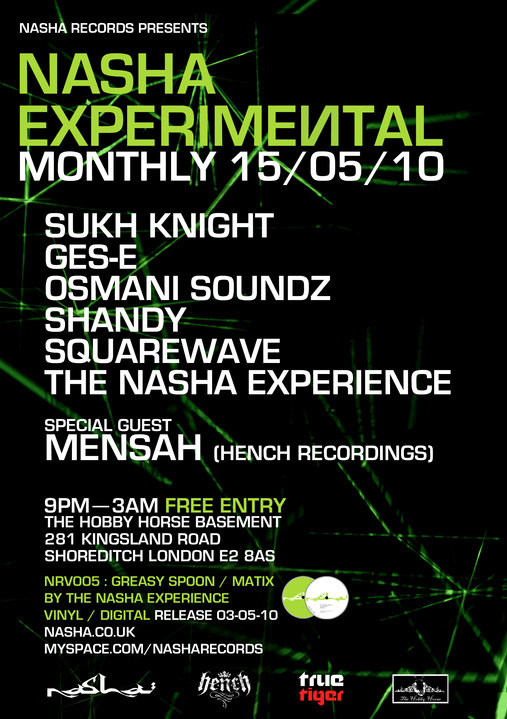