I bring you the latest from the lab of Dr. Das

First up, we have Shadow War, from the album “Step into Dubizm (Part 1)“where sets his trademark cyclical basslines against a backdrop of heavily manipulated, often distorted percussion loops.

The second track is “Red Corridor”. From “Sunadamala Vol 1″ album set. Originally written 2004. This version remixed 2011. The ‘sunadamala‘ is a lo fi Indian electronic raga sequencer or ‘lehera’ machine used mostly as a practice tool by classical vocalists and tabla players. Dr Das has fed the sound through filters and distortions and built basslines, drum and percussion patterns around it. Thus creating an album set based on eight different ragas in different rhythmic cycles.

“Red Corridor” is named after the political term for the swathe of forest in India from W Bengal to Central India where “Naxalite” guerilla forces have been engaged in an insurrection against the Indian state for several decades. Many indigenous people, known in India as “Adivasis” have joined this army, including 90,000 women, having been displaced from their ancestral lands and forcibly dispossessed by mining companies backed up by army and police forces.

Word Sound Power – The Bant Singh Project proudly presents 4 outstanding remixes from 4 unique producers: Dr Das, Subatomic Sound System, Nucleya, and Dubblestandart. Each track is interesting and powerful in different ways. I will be posting the story of this Legend, Bant Singh … very moving and inspirational too! 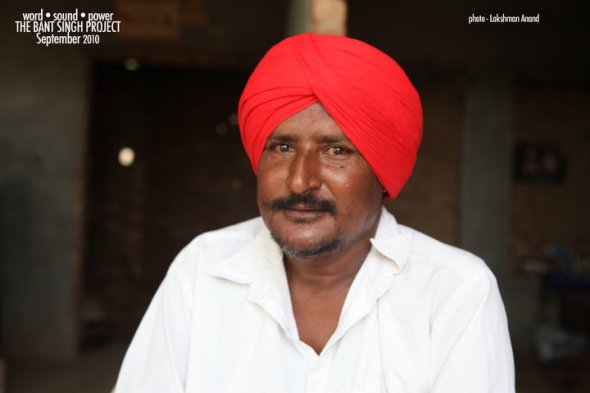 DUBBLESTANDART – The Bant Singh Project – Into the Fire (REMIX)

Vienna’s Dubblestandart build a context of soulful sub bass and live breakbeats for Bant Singh‘s son Jagmeet to spit the chorus on. Synthetic Indian melodies are interweaved with evolving atmospheric textures that are both suspenseful and uplifting.

Slowed down vocals of “Modern Dayz : Slavery” collide with the beat from “Comrades” over a bed of tribal percussion. The result is raw, gritty, and potent. Subatomic Sound System takes us for a ride through his electronic dub laboratory with analog filters, distortions, and delay effects.

DR DAS – The Bant Singh Project – Into the Fire (REMIX)