A nice to the point interview with Nitin Sawhney by Samira Shackle, The NEW STATESMAN. 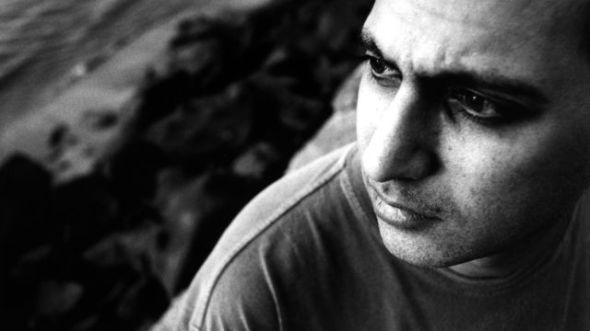 HOW AWESOME!! The BBC has made available to watch and download Nitin Sawhney’s HUMAN PLANET @ BBC PROMS … 1hr 18mins of pure genius!

Download it now from the below link! You only have a limited time – until 12th AUGUST ’11 so you may want to hurry! 🙂

Highlights of the Human Planet Prom, featuring Nitin Sawhney’s evocative music for the acclaimed television series interspersed with performances by artists and ensembles from around the world.

Charles Hazlewood conducts the BBC Concert Orchestra in specially commissioned new arrangements of the Human Planet score with accompanying visuals from the series. Featuring behind-the-scenes documentary content and interviews with the artists, the concert is hosted by explorer and TV presenter Paul Rose.

Folks, yesterday you got to download Daydream Remix … today you get the second track – The Devil and Midnight By Nitin Sawhney and remixed by Engine-Earz …

A massive respect to both artists for bringing their talents together and making the sounds co-exist with one another …. as with the other track this one will be made available on the CD version of Last Days of Meaning.

An Engine-Earz remix of Nitin Sawhney’s Daydream. Engine-Earz have remixed two tracks for Nitin Sawhney, the second being The Devil and Midnight. Both will feature of “The Last Days of Meaning” album [CD version].

Watch out for Shammi Pithia’s remix too!

Truly thunderous with a bit of epic sprinkled on top! As my friend Anusha described it – Ramayana meets Star Wars!

Keeping with the Nitin Sawhney theme, here is a three part interview conducted by Nikki Bedi for BBC Radio London on his upcoming ninth studio album, “Last Days of Meaning.”

You can purchase the album from here

Last night, I was at Nitin Sawhney‘s ‘Last Days of Meaning’ album launch concert at the Royal Albert hall. As always, he out did himself AGAIN! Sawhney performed a couple of tracks from the new album, along with some well known classics, with the help of a string quintet and key members of his band including Martyn Kaine on drums, Aref Durvesh on Tabla and Dholak, Ashwin Srinivasan on flute and vocals, Ian Burdge on cello, Tina Grace, Nicki Wells, Natty and Lucita Jules on vocals. With a special guest performance by Soumik Datta!

There was another special performance included. The one I was waiting for … A 15 minute organ piece performed on the 140 year old 9,999 pipe Willis Organ commissioned by The Royal Albert Hall and played by Nitin Sawhney‘s childhood friend prominent Hammond organist, James Taylor of the James Taylor Quartet.

For this untitled piece, Sawhney was accompanied by a String Quintet,  Engine-Earz front man Prashant Mistry on keys, Ashwin Srinivasan on the Flute and Martyn Kaine on drums.

There’s only one word to describe this performance  … EPIC!

In the words of the Guardian “it is easier to list what Nitin Sawhney has not done than what he has!” a statement that could not be truer!

Sawhney has extensively scored music for theatre, cinema, videogames, dance and television, not to mention his studio albums. His work includes Mira Nair’s “The Namesake,” two silent films both accompanied by London Symphony Orchestra “A Throw of Dice” and “Yogoto No Yume”.

His latest project, Nitin Sawhney has created a fresh pioneering musical soundscape to accompany an eight part momentous series HUMAN PLANET. As described by the BBC

“Human Planet is an awe-inspiring, jaw-dropping, heart-stopping landmark series that marvels at mankind’s incredible relationship with nature in the world today.”

I believe the reason for choosing Nitin Sawhney for this particular project is due to his reputation as one of the very few composers around whose music has the capacity to surpass cultural barriers.

Blending a multitude of genres and combining fresh contemporary sounds with an epic cinematic vibe – Sawhney has succeeded in truly bringing the HUMAN PLANET to life.

HUMAN PLANET premieres Thursday, January 13 at 8 pm on BBC1 and runs for 8 weeks. 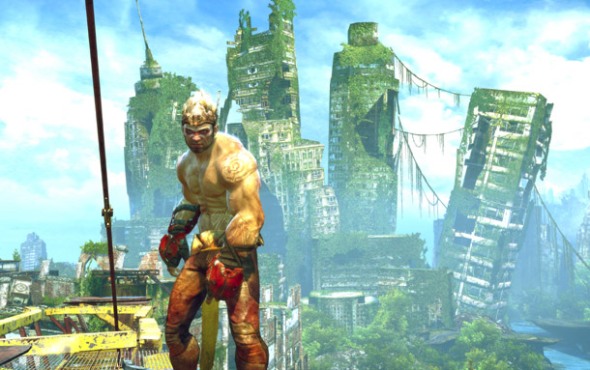 Thanks to my mate Mirko-Kosmos, I came across Enslaved: Odyssey To The West. A new platforming action-adventure game developed by Ninja Theory and published by Namco Bandai Games. The game is based around on the Chinese Mythology of Monkey and the Journey to the West to India in search of holy scriptures with Trips (Tripitika) Sandy and Pigsy.

However I’m not going to talk to you about the game, but the soundtrack. This is the latest work from the genius himself, Nitin Sawhney.

In 2007, Sawhney scored the PlayStation 3 game Heavenly Sword. Using a varied combination of  global influences married with electronica and jazz elements. I remember when I caught a perform of this at the BBC Proms ’07 at the Royal Albert Hall. Sounded IMMENSE with a full orchestra!

With Enslaved: Odyssey To The West, Sawhney composes some extremely gorgeous experimental, almost post apocalyptic music. Sometimes electric, atmospheric and other times the tempo increases to  acknowledge intensity in the game … magic!

Definitely you check it out! Below are a couple of tracks from the Original Soundtrack of Ninja Theory’s game, Enslaved – Odyssey to the West. Composed by Nitin Sawhney.

The Right To Enslave

Today I get an email from the fab people at Sadler’s Well notifying me of a unique Nitin Sawhney gig!

Confluence is the title of new collaboration between Akram Khan and Nitin Sawhney.

What is it about:

The highly acclaimed Confluence fuses Sawhney’s music with Khan’s unique blend of classical Kathak and contemporary technique. Exploring how the independent stories of these two kindred spirits converged, Confluence offers the opportunity to re-visit their collaborative work together (Kaash, zero degrees and bahok) but it is more than simply a retrospective of their previous pieces. It is an exploration of the nature and fabric of creativity itself. (taken from the website)

photo by Elliott Franks
This is great news brilliant news, I’ve only ever seen them perform together once, the track Prophesy at the 2007 BBC PROMS at the Royal Albert Hall.

A stunning show, but this finale was the icing on the cake, Nitin Sawhney on the acoustic guitar, maestro Aref Durvesh on the tabla and Akram Khanperforming a contemporary Kathak piece with a difference.

Khan wore Ghungrus (feet bells) around the ankles, in order to intensify acoustically the rhythmic movements of the feet which created a jaw dropping performance!