On 11.11.11 SHAANTI [Birmingham] is back after the last successful one.

This month ENGINE EARZ – best described as ‘Massive Attack for the dubstep generation;’ dubstep’s first fully live act are winning an assorted army of fans will be doing a DJ set at the Rainbow Warehouse and Garden in Birmingham. 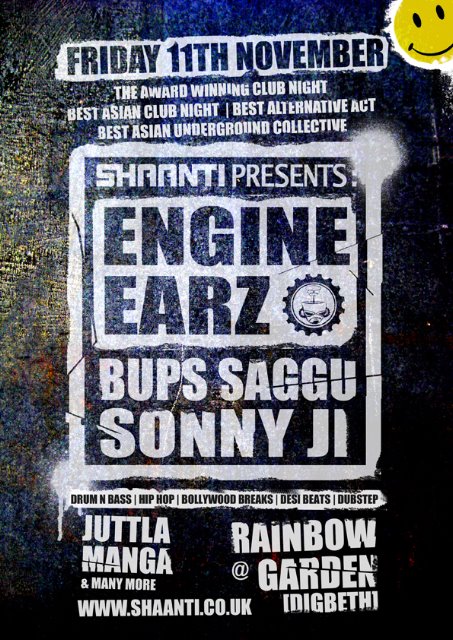 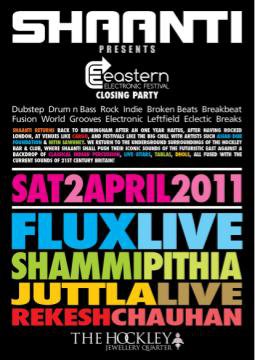 Shaanti returns back to Birmingham after a one-year hiatus, having rocked London at venues like Cargo, and festivals like The Big Chill with artists such as Asian Dub Foundation, Nitin Sawhney and Engine Earz Experiment.

The night will feature Shammi Pithia and Flux, Juttla Live, Rekesh Chauhan and many more on the night plus surprise guests.

JUTTLA Live featuring Raks on Percussion, High Rolla on Drums, Deeze MC and Nona Kalra on Vocals. Juttla is one of the most consistent producer/remixers in the music scene.

(Only 100 tickets have been allocated, so don’t delay and book them now! 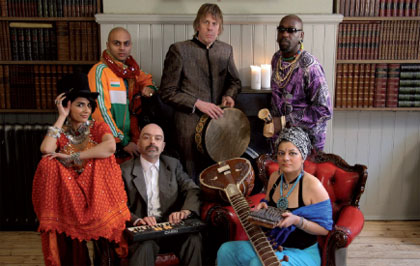 During the week long event of Shaanti’s Eastern Electronic Festival, I got to witness some really awesome acts. On the Thursday, Shammi Pithia and Polaroid 85 performed. Shammi Pithia you already know. I’m a massive fan of him and reported on his gigs and albums.

However Polaroid 85,  are a new band on the scene who I;ve never seen perform before. They’re a London based 7 piece collective consisting of vocals, piano, drums, bass, cello, violin, clarinet and samples/synths/live electronics. Making music that fuses down-tempo / electronica with classical, folk, jazz and world rhythms with influences of drum and bass, dubstep and broken beat.

They have a FREE EP out – titled FUZZY MORNINGS, beautiful, fresh and exciting!

Awesome stuff! Respect to Sharnita for bringing these guys to Birmingham!

Folks! Some awesome news for you … I am please to inform you that the first ever festival of progressive asian music in Birmingham will taking place.

The festival commemorates and introduces some of the artists of the future in the West Midlands and international arenas with its own unique bill, which will also include some surprising acts and exceptional performances of the highest quality. Throughout the festival UK artists also come together to begin the process of creating new collaborative work across special designed events.

There is an ALMIGHTY line up for this event names include:

Closer to the time I will be updating you with the events in date order with details of venues times and all that jazz. For the time being check out the facebook group with will give you the information you need. 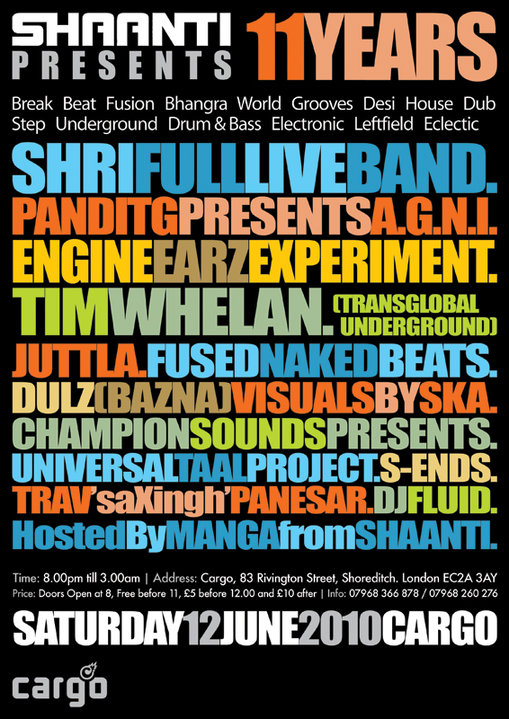