As India celebrates its 64th year of independence, across the world in New York – a pioneering movement and website turns 10.

Today, ETHNOTECHNO.COM celebrates its 10th year online … had it not been for Sankar Sury aka dimmSummer and his vision of bringing asiatic electronica and global beats to the masses … this blog – nada:brahma would never have existed.

I’ve said this many times, ETHNOTECHNO.COM has been, is and always will be a source of inspiration and knowledge for all the music I blog about. All the hardwork and dedication to the scene (both on and offline) has benefited so many people in so many ways!

Sank, thank you for everything from nada:brahma and the readers … may you continue ETHNOTECHNO.COM for another 10years and many more after!

WOWSERS! I’ve found out that my site, nadabrahman.wordpress.com has been featured in the India’s first book on electronica music – HUB presented by Goethe‐Institut/ Max Mueller Bhavan, Music Gets Me High & Samrat B.

HUB is India’s first and only anthology of electronic music – a legitimate record of everything that’s past and currently happening in terms of music, artists, events and more. The book hopes to create further awareness of Indian electronica via distribution of information, which has not been done before. The published material will serve as an official statement for and about the people involved in this field and give a much‐needed voice to this rising subculture.

This book includes a brief history of electronic music and the impact of technology on music in India from 1982 when Charanjit Singh graced us with “Ten Ragas to a Disco Beat” to the current scene.

There’s a complete list profiles of electronic bands & DJ’s, each containing detailed information about the artist, their discography and contact information. Covers 60 plus artists from India and Indians settled abroad.

HUB also has a collection of features to highlight and critically examine the impact of electronic music in India with respect to prevailing tastes, lifestyle, clubs and the various fringe and lesser‐known facets of this rising subculture.

The Resources section of the book will be most beneficial to music industry counterparts when they want to establish a working relationship with India. It contains information and contact details of most:

This book is defo worth checking out especially for a newbie into the world of electronica rather than someone already familiar with the genre. 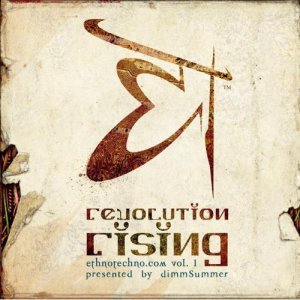