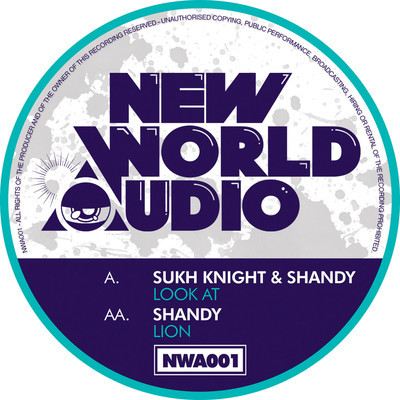 New World Audio, a record label set up and run by Square Wave and Sukh Knight from The Nasha Experience. This label will house the tracks that which aren’t eastern influenced but still produced by the lads.

The first release on New World Audio sees Sukh Knight team up with fellow East London producer Shandy for the dancefloor smasher, “Look At”. Featuring cheeky vocal snippets from the DJ Krust classic – Kloakin Device – the track has been given the seal of approval by the big man Krust himself.

The B-side showcases a solo production from Shandy. having previously released much harder tracks on Nasha Records – “Lion” is a much more chilled out and dub inspired track, with soothing pads and soulful sax licks, taking you on a journey through the world of dub.

Forthcoming releases include music from Kromestar and Dark Tantrums, and of course more from Sukh Knight and Shandy.

Already on iTunes to purchase!